It's been a while since i've done a wardrobe post, hasn't it?
I might be the only one who enjoy those, but since this is my blog, i'm just gonna continue doing them.
This time i'll mix it up a bit, wardrobe meets travel post.
How so you ask?
We'll get to that. 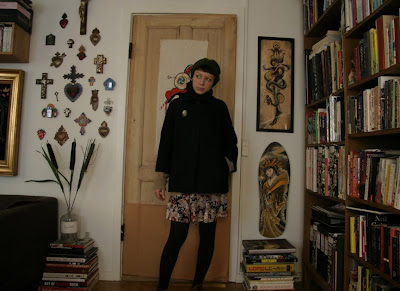 The shoes are too cold for this stupid weather, but sometimes pretty beats practical 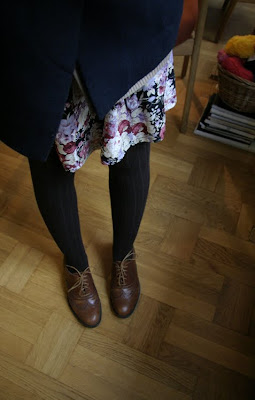 Deer brooch from Marui One and neck-warmer from a 100 Yen shop in Kyoto (see where i'm going with this?) 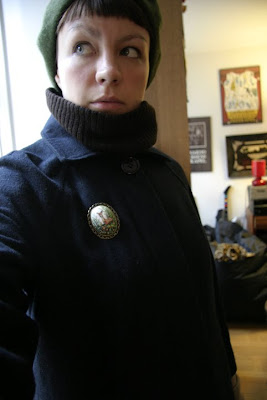 I like wearing summer clothes in winter, my wardrobe knows no seasons, only layers 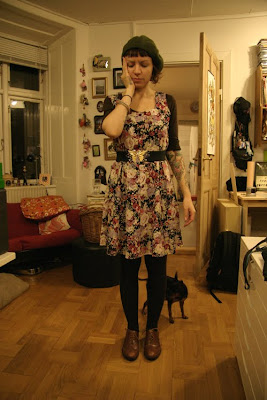 Now, for the travel part, here are some pictures from our day in Kyoto.
The day it was so cold and rainy, that i had to go by a neck-warmer.
Subtle, eh?
No?
I didn't think so either. 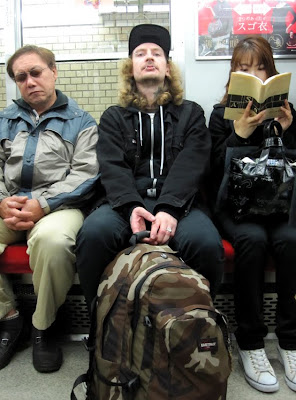 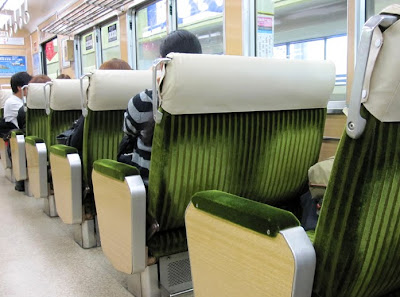 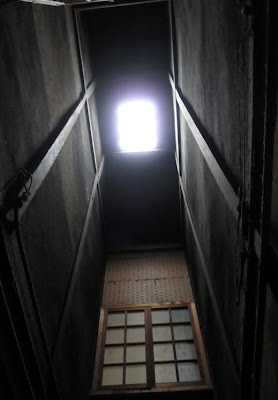 It had this nice little courtyard, but that's as far as we got (we were supposed to stay there, but ended up at a hotel instead) 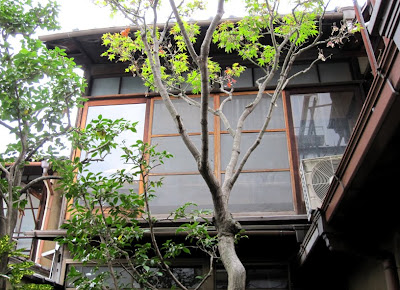 Sanjusangen-do, home of the 1001 kannon 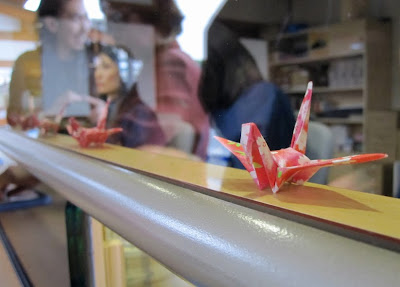 We weren't allowed to take pictures inside, but it looks a little something like this, only way more impressive of course 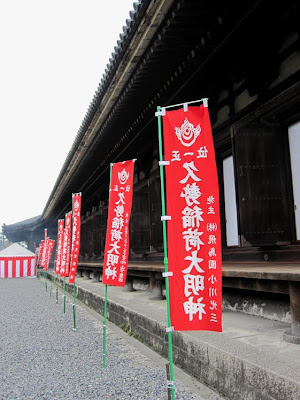 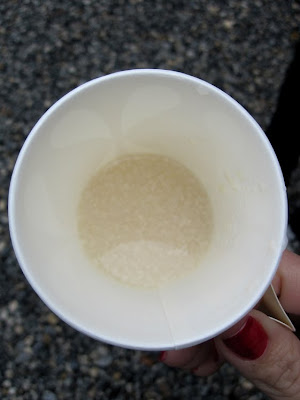 It was a little lumpy and very, very sweet 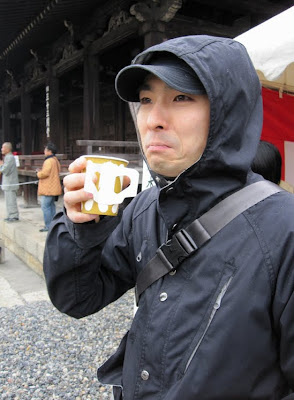 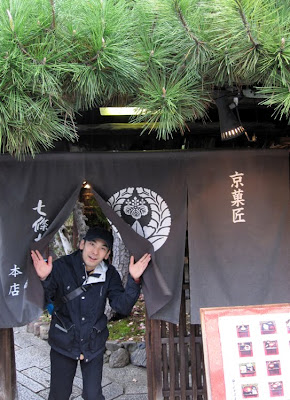 Allan's cake was prettier than mine 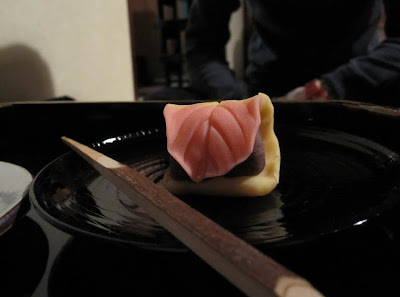 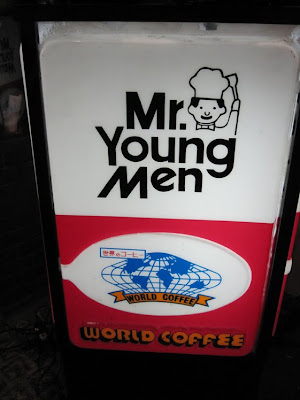 Kyoto was unusually crowded that day.
Even with the rain and crappy weather.
The reason was a three day holiday that attracted so many tourist that we experienced people traffic jams several times during the day.
It was exhausting and the weather sucked, but still, we were just so happy to get out of Osaka.
More on that trip another time.
We spent the day walking around, seeing some sights and getting coffee/heat at various cafés.
We also visited Cat Claw, a really nice tattoo studio (good to know if you find yourself in Kyoto wanting to get tattooed, right?), but most of the crew had just come back from a convention and had the day off.
After we left, one of the guys, Ritsu, called and wanted to come with us to dinner, so we hung around the shopping area waiting for him to join us.

Example, these people were queuing for a bus stop 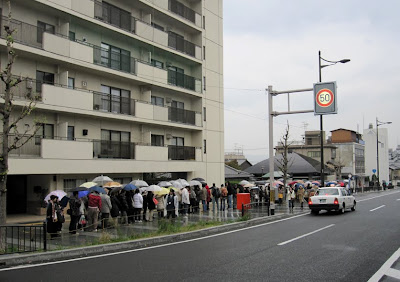 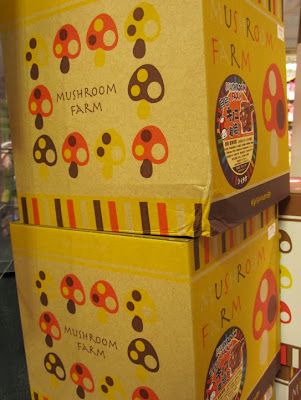 Oh, it's an actual mushroom farm! 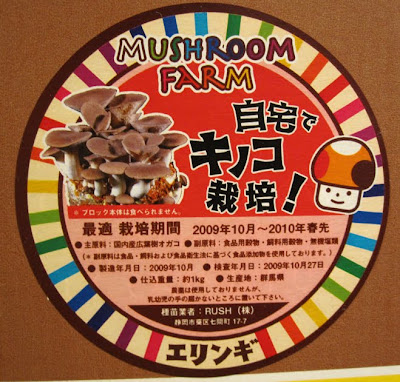 Ritsu, a great guy and a really good tattooer too 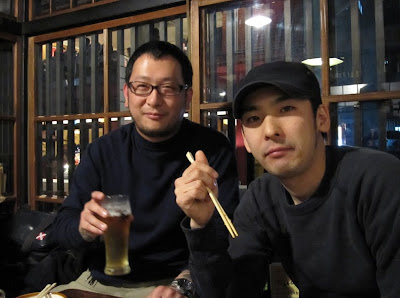 Veggie display outside the awesome restaurant we ate at 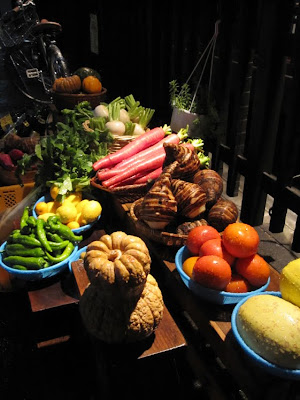 After dinner we looked for a café to have coffee at and i wanted to go here, i don't think i need to explain why, do i? 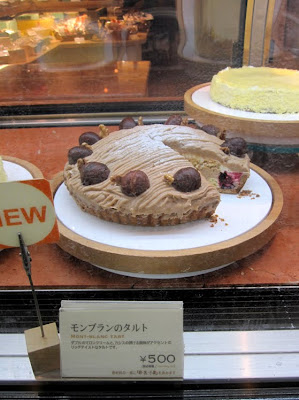 But no, Hata wanted to go somewhere hip, so we ended up at Ace, a place we also visited about 5 years ago, so i'm not so sure it's even that hot anymore? 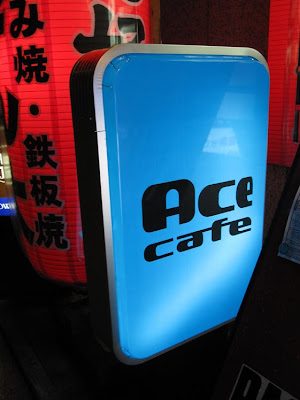 It does have a spectacular view that could not be caught by my camera, so i played around with the flash instead 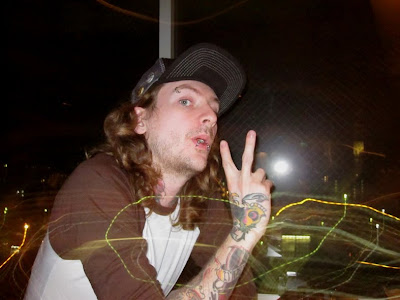 Early morning, at our business hotel room, getting ready to leave for our beloved Tokyo where our apartment and the MEG concert was waiting 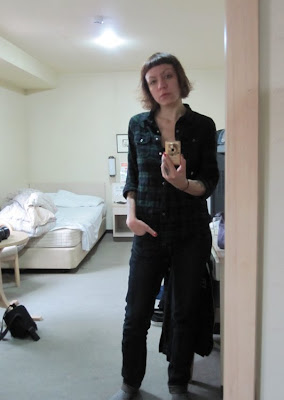 Oh, snap, it totally ended as a wardrobe post too!
More Japan pictures coming... when i've edited some more.