We were in love 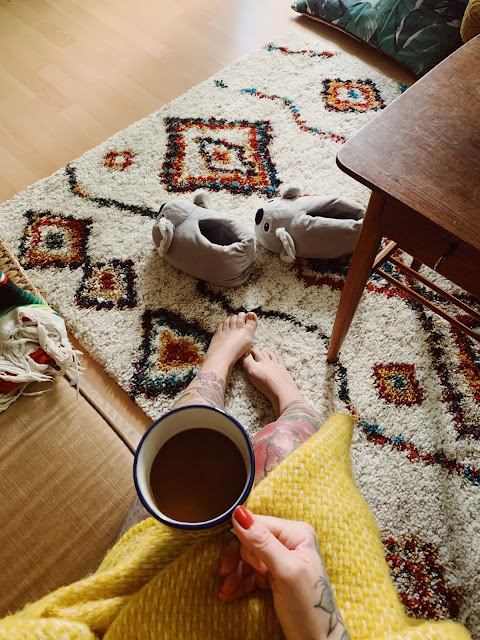 From the iPhone journal:

You carry it around every day. Like depression, like anxiety, like an invisible chronic illness.
It’s something heavy and dark that only you know about. If you’re lucky like me, you can still function. You work hard at finding joy in the tiniest things, you observe and squeeze the magic out of every experience and situation because you realize the importance of those moments. Those moments are everything now, you need them like air, they keep you going.  You only occasionally cry in public.
You laugh and you joke and you go to work and you smile at strangers and you pet dogs and in the middle of it all, it's there.
You go grocery shopping and you make yourself a nice dinner and drink a glass of wine and it’s there.
You tend to the living things in your care and you fall asleep while listening to a podcast and maybe you cry and maybe you don’t. But it’s there. The grief.
Some days it’s all-consuming, and some days you can almost forget it’s there. Be the person you were in the before. Back when you didn't know what was possible.
Grief isn’t necessarily someone who died. It’s what’s left when you lose something of the utmost importance to you. Something you desperately wanted for yourself.

This grief, the darkness I carry around now, is the aftermath of losing something I’d waited years for. Something healthy and beautiful, something that made me smile all day for no good reason, other than its mere existence. Something that gave me hope for the future. Something so good it felt predestined.
Something that felt like the home I’ve always longed for.
After a loss like that, there’s no quick fix, and there’s no time frame for healing.
There’s just the next day. Showing up. Doing the work. Trying to be authentic and honest about your feelings without letting them consume you.

That’s where I live now. In my grief, trying to make my way back to the real world, but not quite ready to return yet. I live with hopeful mornings and sunny afternoons followed by unbearably lonely nights. Always with grief as my companion. Not something to overcome or to fight. But rather something to acknowledge and to walk next to and live with until one day it fades, just like the memory of all the things that should have been.


So as you can see, some stuff happened. I'm not ready to talk about it and maybe i never will be.
It's not what you'd expect, though. No intentional inflictions of trauma, no lies.
Just the right person at the wrong time.
My anger isn't directed at another human this time, but, if there is any anger, it's towards a universe that would show me, show us, that kind of happiness, and then take it away.
I feel nothing most days. I don't care about anything, i don't want to see people.
I had to redecorate the shit out of my apartment to feel... something. Excitement. Anything.
I'm not used to not caring, my natural state is caring too much.

So yeah stuff happened, but what didn't happen, though, as you can see, is a migration to wordpress.
Yeah big words in my last post about big moves and big sharing and then nothing.
I'm still stuck here in a bloggers purgatory, and you're stuck here with me, but it's not for lack of trying or wanting to make the move, i just simply can't afford it. Even with three jobs. Pretty sad, i know, but that's just another part of life right now, and one that, as you can imagine, it's hard to see the magic in sometimes.
As you know if you've been following this blog for a while, i don't ever ask for shit from readers, but i am, in this special case, gonna drop my paypal info here, so if anyone should want to contribute to the buy-a-domain fund, well, that's something you can do and it won't go unnoticed or unappreciated. And if you don't want to, that's cool too, it'll happen either way, but it'll just take a while.
This link will take you to paypal, and that's all i'll say about that.
Now, to try and upload pictures that don't look like i tried to blow up a tiny thumbnail i got off of google images...

It's gonna be mostly selfies. Because there's a void now, where before someone was here to tell me how i'm a goddess and the most beautiful woman he's ever seen and actually genuinely seem to mean it, well... this is what's left 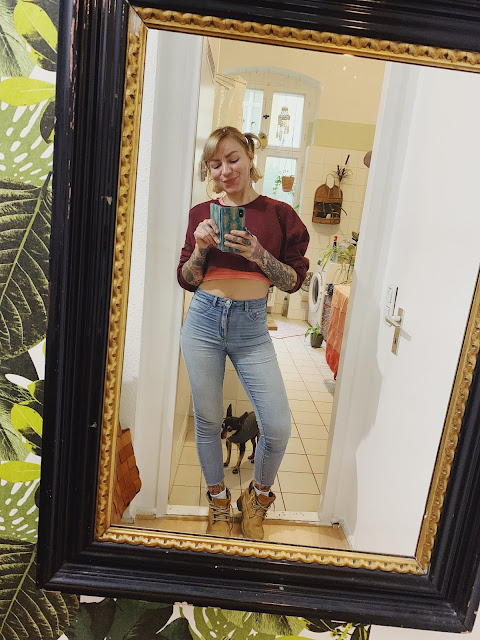 I make a lot of coffee now. Because that's my job. I'm not patient with myself, but i'm learning about ego, and what perfectionism really is, how it holds you back, so now i'll take "slowly starting to look better" over a perfect end result that the ego wouldn't recognize anyway 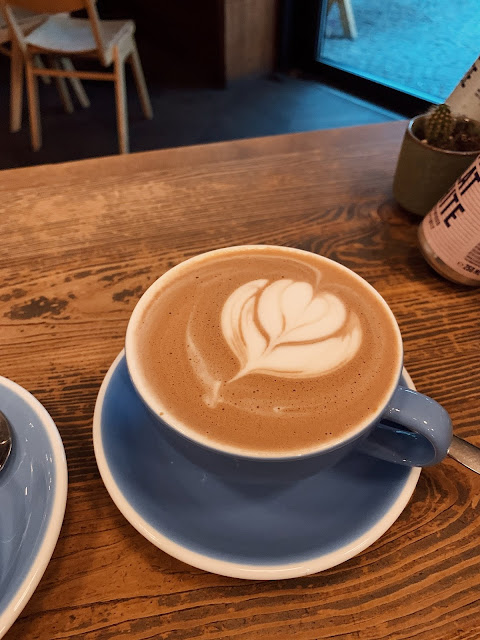 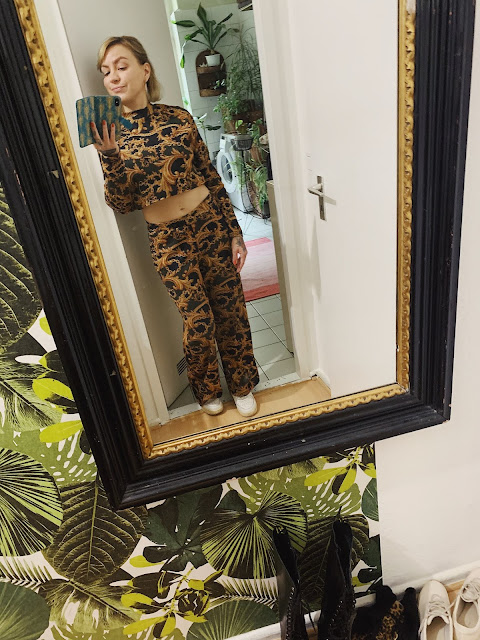 In July i gave myself a challenge; work out for 100 days. And i did and it was awesome, and not to make this all about him, but one of my favorite things about him, besides a mutual love for nature and, well, his entire being, was how he was always up for doing shit. So we worked out together a lot and it was twice as fun as it is now. But i still put up a second calendar and kept going 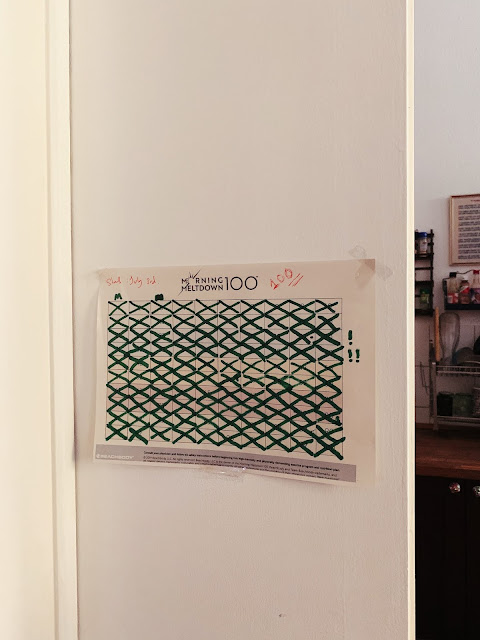 My passion for things might be gone, but hey, i still like going for walks i guess 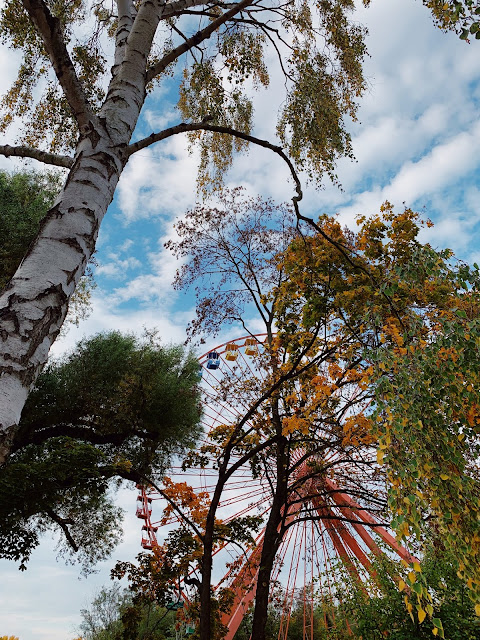 I'm eating again and it's mainly tacos, let's be real 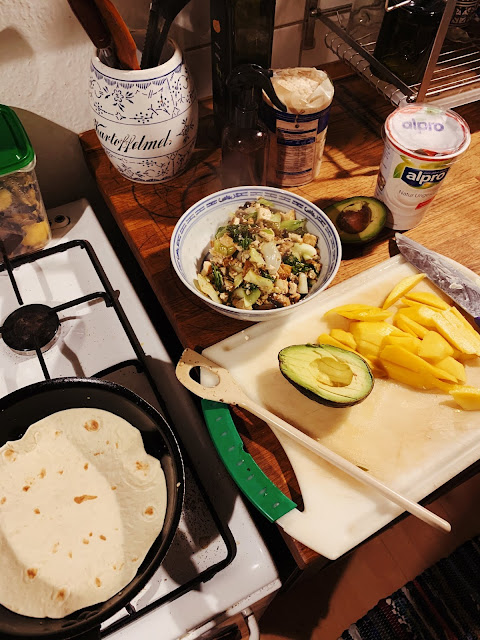 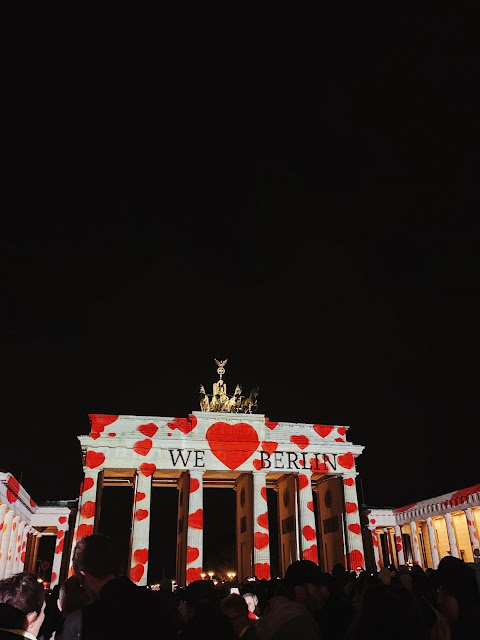 The other day, working at the plant shop, i felt like a got a little piece of myself back 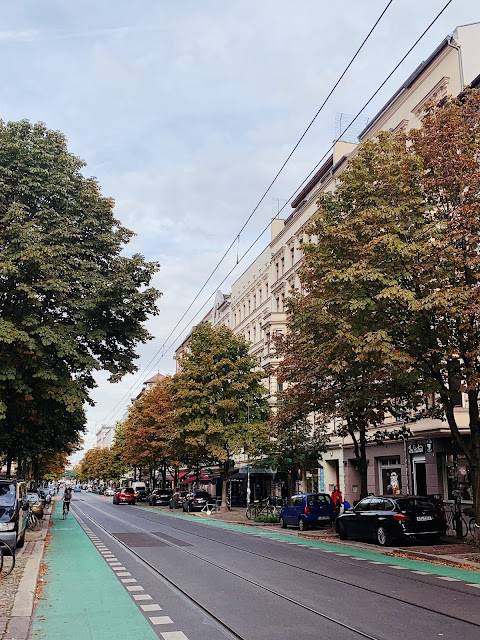 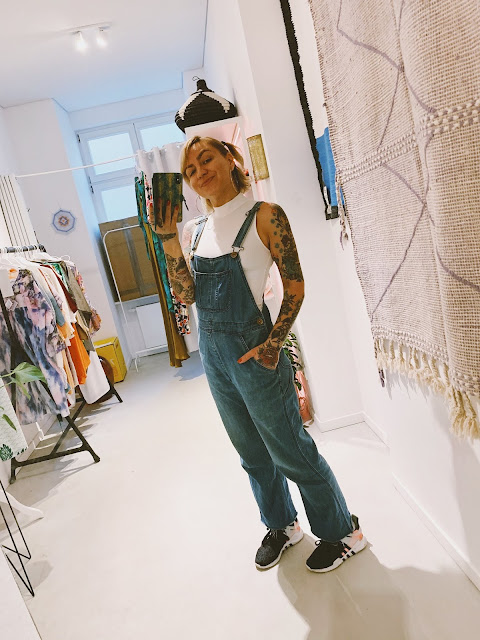 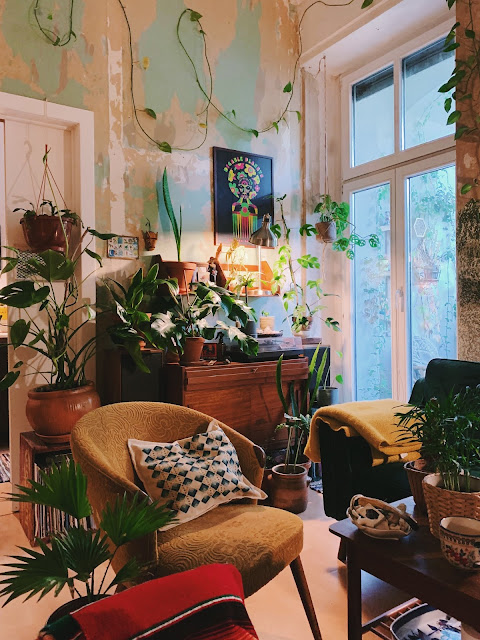 Season of everything dying and, you know, cute color schemes 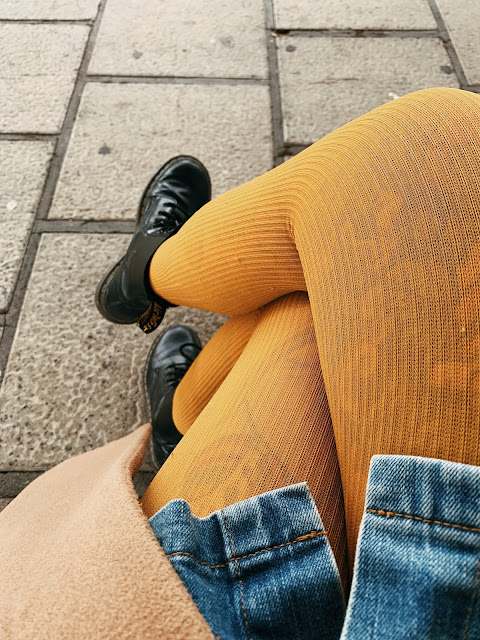 I'm doing a lot of self healing now, and a lot of the focus is on journaling, waking up from unconscious living, and reparenting yourself. I like to mix it up with some witchcraft, because you gotta do whatever feels right in the moment and helps you heal somehow 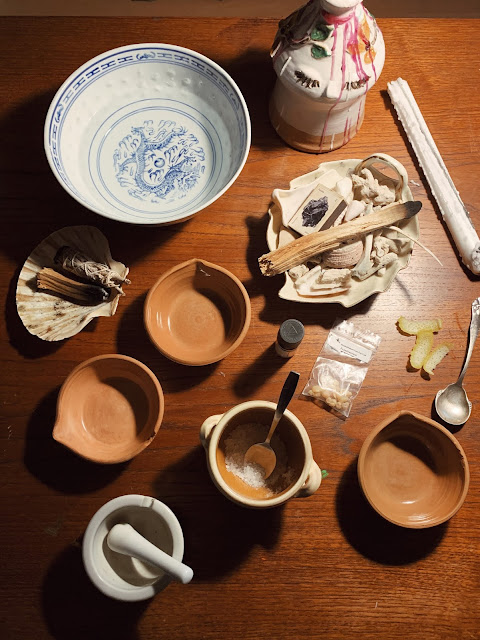 My new rug, funded by the sale of my old rug 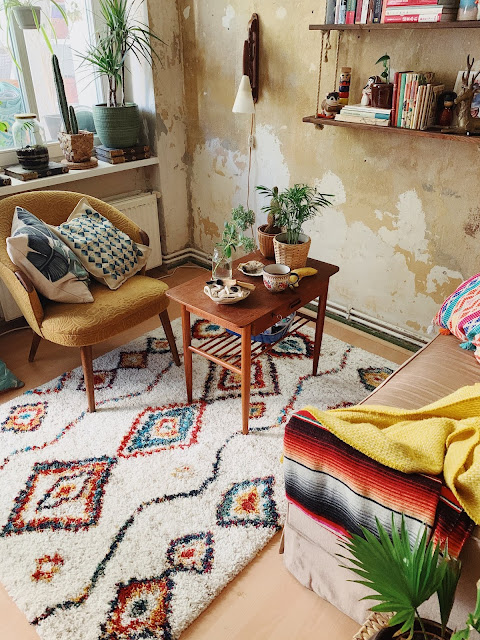 Enjoying where you are in life and in the world, all the while allowing yourself to dream about where you're supposed to be 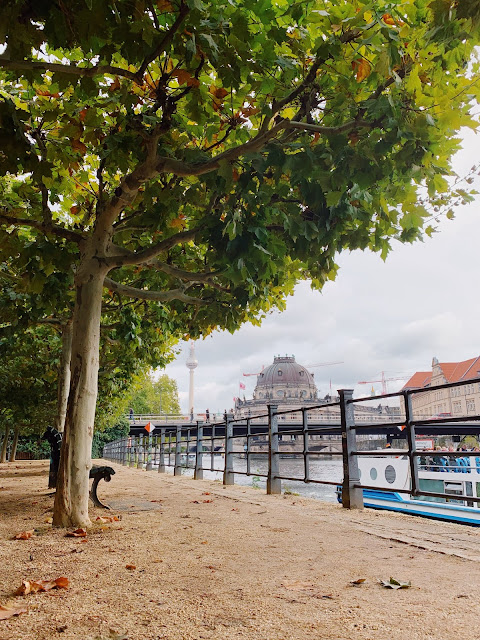 "I've been so worried about falling too hard and getting hurt, that i almost forgot to enjoy being in love again. And the thing is, if this ends, when it ends, i will be hurt either way. But the difference is, if i don't allow myself to be completely vulnerable and enjoy this moment, i will have gotten hurt for nothing" 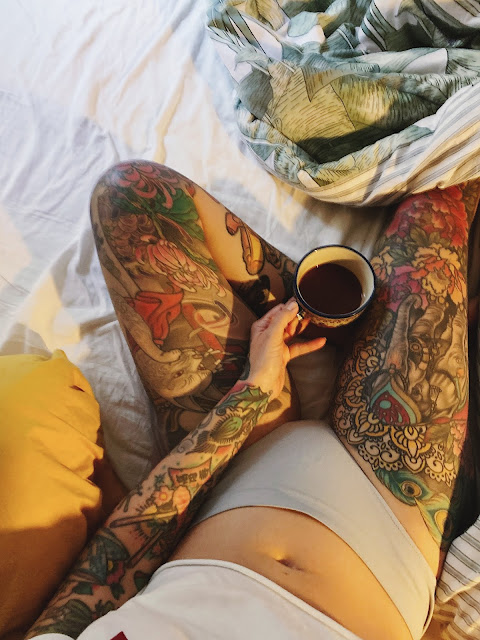 Labels: From the iPhone Journal