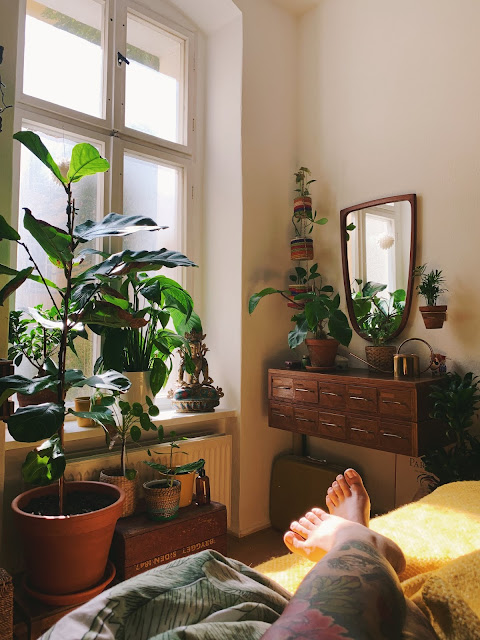 I wrote the following piece back in the winter after spending longer than i care to admit trying to turn a particularly toxic fling into something meaningful, and ending up feeling some pretty severe emotional and physical repercussions of that failed attempt.

I don't believe anyone should have to endure any form of abusive behavior in order to learn how to set healthy boundaries for themselves, but hey, sometimes that's the outcome anyway, and now, months later, months spent floating in and out of depression, but in much better company, i actually put my standards to the test, and found that i'm finally in a place where abusive, narcissistic, or emotionally unintelligent men can't get to me anymore.
And not only that, but the carefully screened people i do let in, they respect my boundaries, and are willing to meet my standards, and even sometimes show themselves the door when they feel like they can't live up to them.
I feel like i've waited a lifetime to get to this point of self love and self respect, and while i sometimes feel like a failure for having taken so long to catch up to where everyone else seems to have been hanging out for a while without me, i try to easy on myself.
You're here now. Look at you go. Better late than never.


"I’m exhausted by mediocre men coming into my life, making a mess of it and of me, only to leave without having contributed anything to it.
They’re drawn in by what... my aura?
My kindness? My imagination?
They’re drawn to whatever thing they lack, that i possess, that thing that makes me who i am, makes me special, and without considering the consequences, they decide they want a part of that.
And when i begin to reciprocate feelings, always trying to see beyond the mediocrity and find something special in them as empathic women tend to do, they get a rush from it, a much required ego boost.
Because if someone as amazing as me can feel something for them, well, that would make them amazing too, wouldn’t it? Isn’t that how it works?
And being suddenly as amazing as they are, they don’t need me anymore.
Now validated, they need more women, or more freedom, or to move on, or to go back to someone. Either way i was a taste of something, someone to affirm their uniqueness and when they have that affirmation, i’m no longer of use.

These extraordinarily mediocre men enter into a carefully planned and curated garden.
A sanctuary i’ve built for myself as a refuge from trauma, a place i’ve lovingly nurtured over the years. And once in it, they step on fragile, newly planted seedlings, and they uproot my most beautiful flowers only to wave them around and show people, “look at what i got, i made this, this is all me!”
And they bend and break branches and step on the grass, and they leave behind trash, and they leave me there. Alone. To clean up their mess and start over.
Sometimes from scratch with my garden looking like a war zone.
Sometimes, like now, with just a few broken stems and cigarette butts in the flower pots.

I replant and rebuild until i let the next one in. And he tells me i’m special and amazing and he’s not like the others. He would never leave behind a mess like the last guy. Oh no, he’s different!
But he’s not. He’s just another mediocre man who craves the adoration of a special woman and instead of working on enriching her life, he takes her love and her glow, and he wears it like a coat of feathers to attract other females with.

In their story i am a chapter.
I am a profound experience, a teacher, a therapist.
I am a rite of passage.
And by the time they enter my world, i have already been reduced to a memory"


Anyway being alone isn't that bad, you guys.
Having me for company for one thing is pretty great. Life with me is a goddamn Miyazaki movie!
And you know who truly appreciates the magic i create and everything that i do for them?
All the stuff i build for the house, all the vegetables i plant on the balcony, the espresso i make them in the morning, my constant twerking and clumsiness, and all the effort i put into my home?
Me! I fucking appreciate that!
I still want a partner, don't get me wrong, it's just that i'm no longer willing to settle for anyone less awesome than the person i'm already spending my life with (yes, me again!), and while i don't really like saying that i deserve something because that implies an entitlement i don't think any of us should necessarily feel towards life, or a universe that technically doesn't owe us shit, you know what, fuck it, i've seen some bad shit and been taken advantage of by some exceptionally shitty people along the way, and maybe i do deserve better.
And this is gonna sound super greeting card-y and naive, but while i can never say for sure if i'll ever even be in a relationship again because i don't believe there's someone for everyone, and sometimes people die alone (that wasn't the Hallmark part btw), i do know for a fact that if i ever end up in a relationship again, it will be the best one i've ever had. Cause i won't settle for anything less.

I'm gonna start posting some of my writing from the last couple of years, cause it's piling up (i printed some of it out, so actually literally piling up), and i've been holding back, for some reason, and i'm not even sure what that reason is, to be honest.
Is it a fear of being too visible, too honest, too vulnerable? A fear of publishing something that's not perfect or super original, something that (for sure) could be better? This post is for damn sure not my finest work lol. So yeah, it's just the same old fear of being judged?
Probably! But now i'm thinking, who has time for that?
We're hurling towards the apocalypse at a fucking unimaginable speed and this time, whatever time i have, we have left, should be about taking risks, chasing happiness, and sharing our art and our thoughts and our fears, so we can learn from and support each other.
So i'm gonna spend as much time as i can being open and being real, working on my art (and actually putting it out there for the world to see), learning new skills and taking on work that scares me and that i'm not really qualified for, embarrassing myself in public (hello escooters!), hugging my friends and my dog and my family whenever i have the chance.
And, like i did today, allowing myself to come dangerously close to falling in love again. 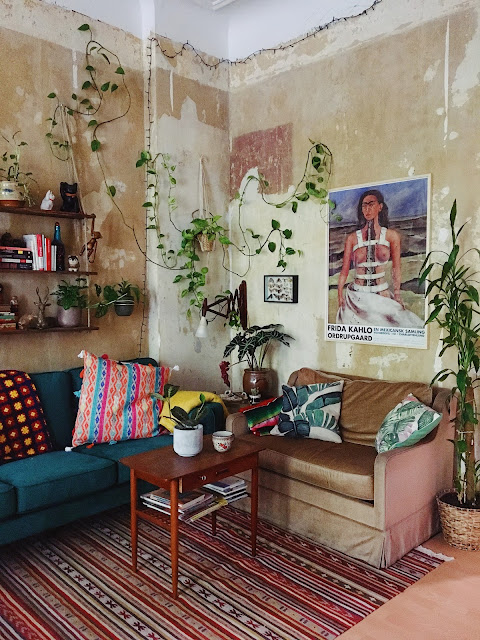 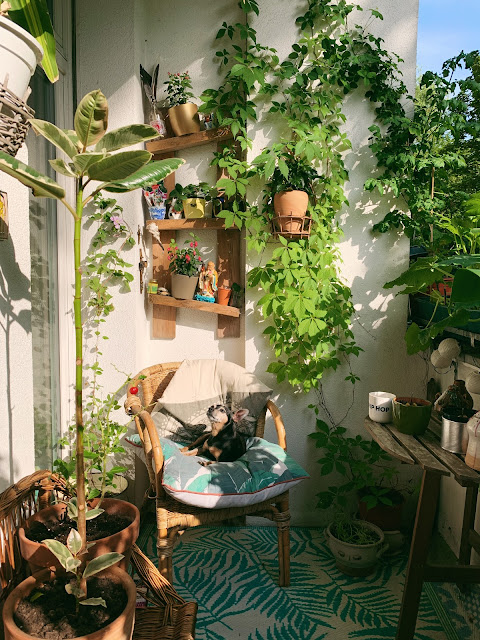 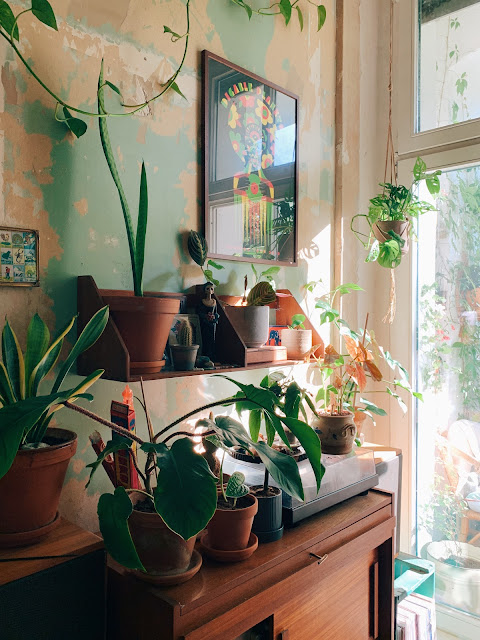 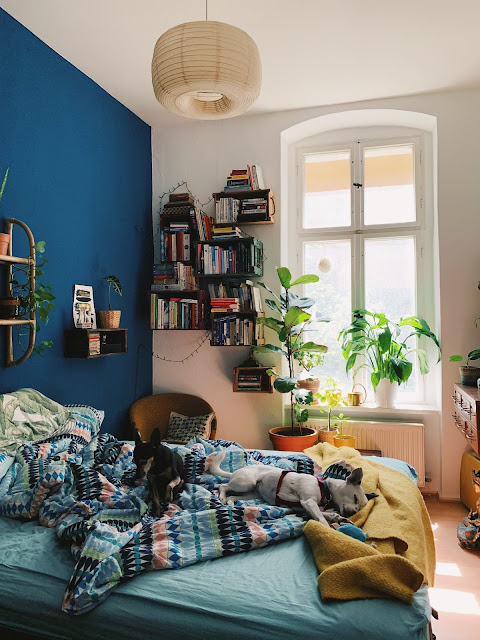 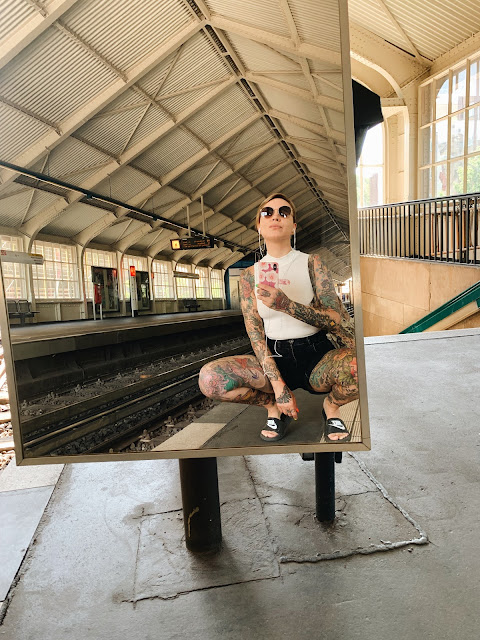 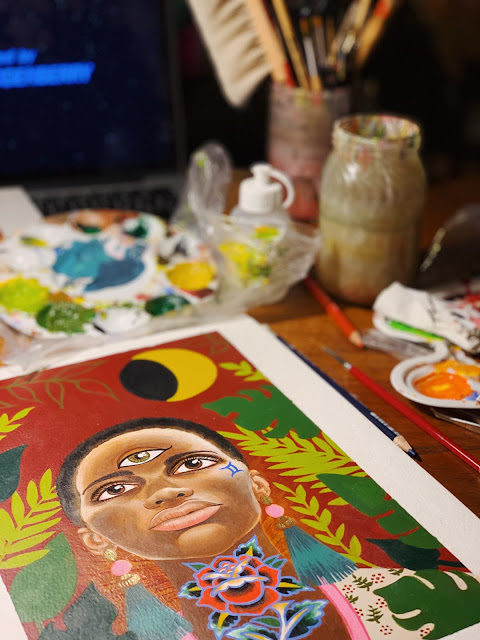 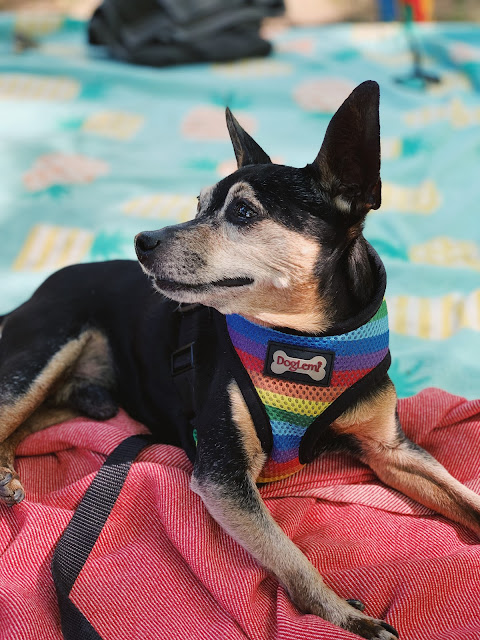 Yes. All the pictures are in such bad quality that this will most likely be my last post on blogger. Tomorrow i will start the tedious and obviously way overdue process of migrating to Wordpress like the rest of the planet 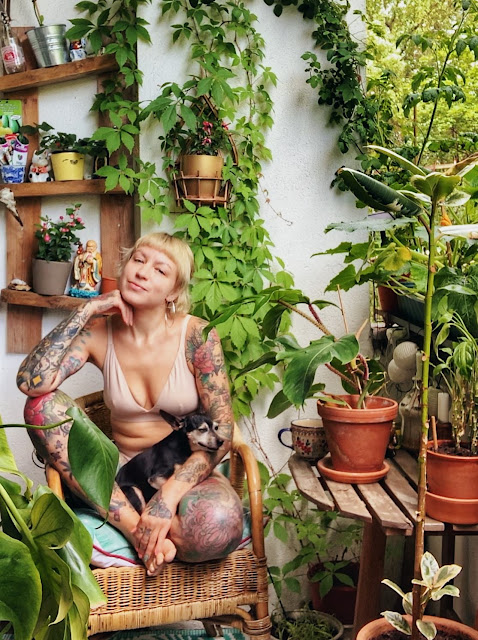 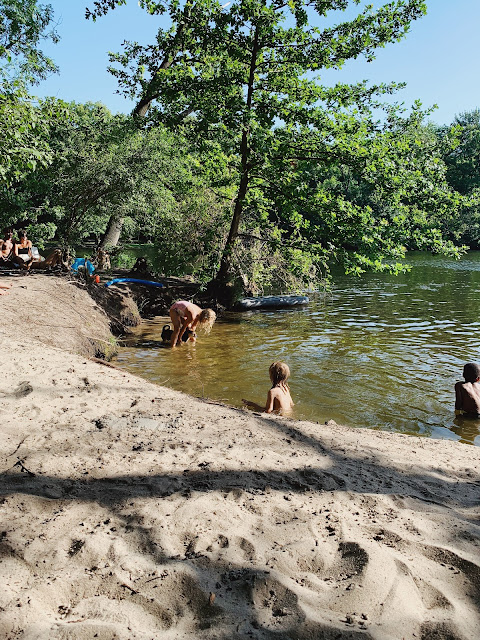 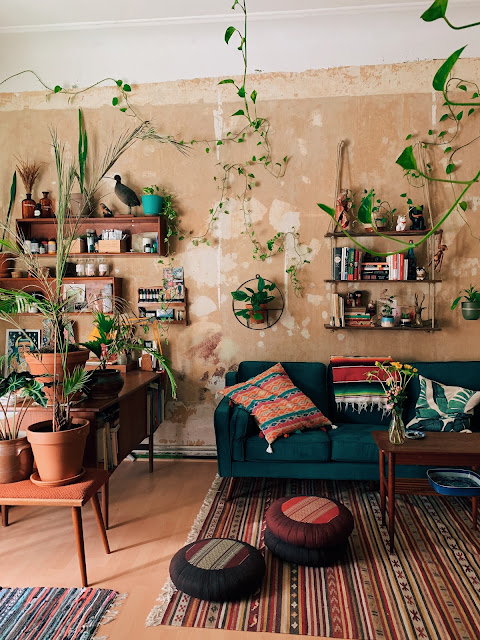 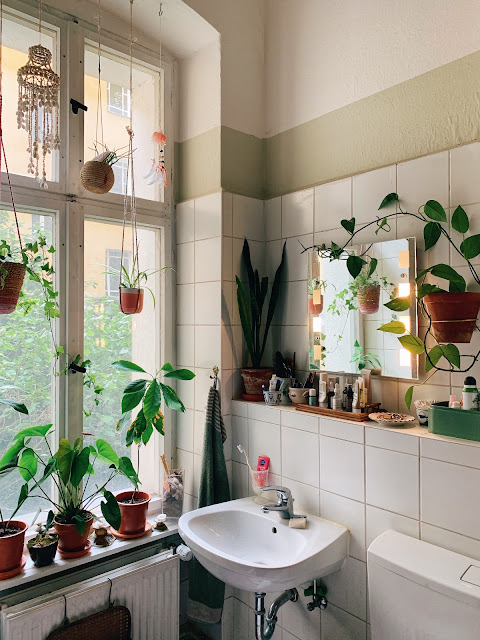 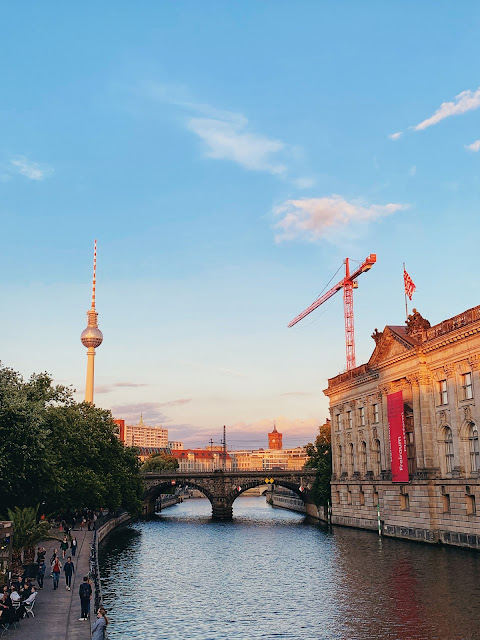 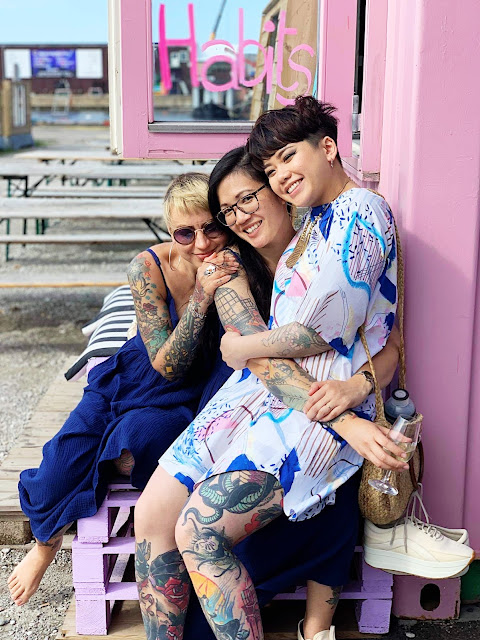 Let the right one in 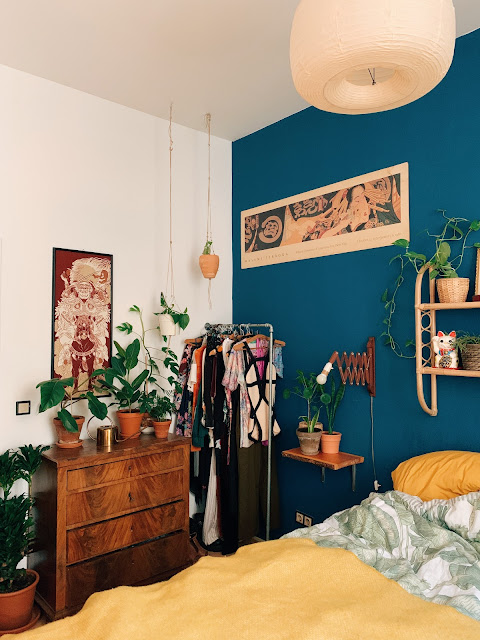